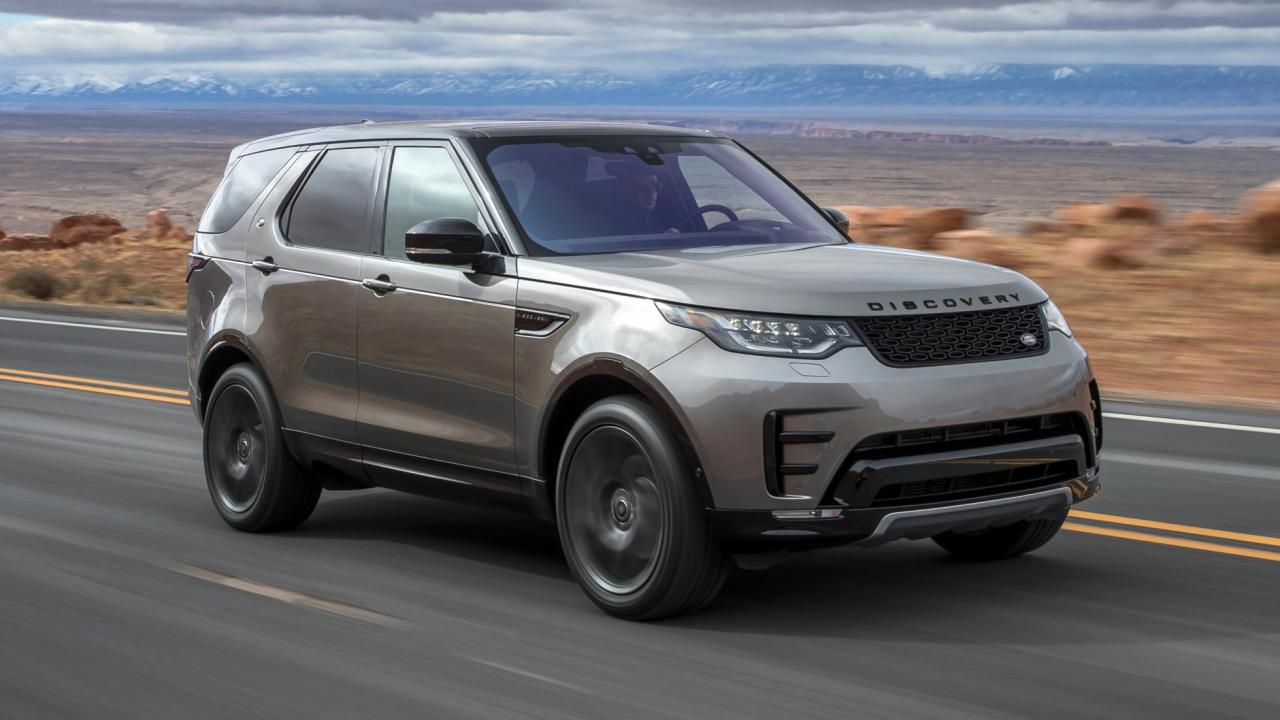 The car’s interior was designed by the Conrad group and it was classed as a lifestyle vehicle, many of the designers ideas were deemed a bit too wacky and they weren’t incorporated into the final design. The basic structure was basically a Range Rover but the interior featured parts from the Montego & Maestro. Exterior parts came courtesy of the Maestro van, freight rover van and the Morris Marina it wasn’t really the best of starts for the car!

Initially the Disco was going to take on Japanese rivals, because of its lower pricing it was a success, factor in the cars incredible off-roading ability and Land Rovers were finding new homes all over the world. Fast forward to the fifth generation Discovery and thankfully there isn’t a hint of any old Rover car parts anywhere. The latest Disco has the family genes running through it with the familiar headlights and the curvy sexy body shape. The rear end is a real talking point and it’s definitely a love or hate design. Personally for me it’s a grower, but I do think this car is very colour dependent. In black or grey it looks amazing but in white it’s far too much like a van!

To help reduce weight the car has been fitted with an aluminium monocoque but it still weighs over two tonnes. The car features air suspension across the range and it just glides along the road, I love hearing the hissing and various noises the car makes when you park up and get out (I know it’s really sad). The car has four spec levels; all cars are fitted with Bluetooth, DAB radio, cruise control and autonomous braking. I drove the new 2lt diesel and I’ll be honest with you I just presumed it would be slow and unresponsive especially mated to the standard 8 speed auto box. I have to say I was pleasantly surprised as it was really good, it managed to get to 60mph in eight seconds and it’s top speed was 121mph but the best bit was the economy and it managed to return about 40mpg even with my heavy right foot!

The 3lt V6 diesel obviously sounds great with its sportier engine note, it gets to 60mph slightly quicker at 7.7 seconds and its top speed is only 10mph more than the smaller engine. As you would expect the petrol V6 is the sportiest of the range, you’ll pay for this not only at the petrol station but when you come to sell the car as it will depreciate the most. The two diesels should retain nearly 59% after three years.

The interior is very classy indeed and nothing like the first generation Disco. The switchgear and materials are excellent, there is a real abundance of storage space in the door pockets and the storage area underneath the arm rest is huge and it can be refrigerated. The panel housing the ventilation controls opens up to reveal storage for phones, keys or even sunglasses. The infotainment system is much more than just sat-nav, if it’s used in conjunction with the app it allows you to fold seats down; lock doors and the fuel level can be checked via the app.

With all seven seats up the boot has 285 litres of luggage space, with the rearmost seats down it increases to 1137 litres and with all the seats down this increases to a mammoth 2106 litres or nearly as much as a small van. The rear two seats actually accommodate two adults unlike its competitors; they aren’t just for teenagers or small children.

The Discovery has just been named Tow car of the decade, I’m sure you’ll see plenty pulling along horse boxes or caravans this summer! The Discos lack of rear tailgate has led the designers to come up with a clever solution. A one-piece boot opens to reveal an electrically operated flip down ledge that can actually support 300kg.

With all of the cars safety technology from air bags all over the place to its autonomous braking and lane departure warning I’m sure this car will achieve a 5 star Ncap rating. Land Rover has introduced a service pack for five years or 50,000 miles, a three year unlimited mileage warranty also gives owners peace of mind.

Looking at some of the last shape Discovery’s on the forecourt the latest model looks a million times better and with its weight saving use of aluminium it is a much better car to drive as well. I think Land Rover will be onto another sales success with this car and it’s great to see another British success story.